The Vedic view on creation is not a view of the past. Creation of the five elements continues to take place every moment. As I explain below, the scriptures clearly state that creation starts with the feeling of I (Ahamkara). This sense of “I” we do continuously maintain in our daily life and this keeps the creation and cycles of re-birth into place in our own very experiencing!

By identifying to this feeling of “I”, we start experiencing the various modes of existence (these so-called gunas are explained below). Subsequently the elements are influenced. At the end of the day we can either sense this as a wonderful dance of creation or suffer the consequences from imbalances.

The feeling of “I” creates the possibility of imbalances, which can lead to various diseases. Ayurveda integrates the five elements into the three doshas to diagnose and treat diseases. Wherever either the gunas or the elements create imbalances, Vedic Astrology has the potential te re-harmonise them.

One of the very basics in the Vedic view on creation are the five elements. From subtle to gross: Akasa (ether), Vayu (wind/air), Agni (fire), Jala (water) and Privthi (earth).

In practice, these elements are merged with each other on various levels. All humans and mammals have bodies that are comprised mostly of water, but in the Vedic view we also find all other elements present in these bodies. How were these elements created? Below I present a stepwise explanation culminating in the practical use in Vedic Astrology for understanding of our daily life.

Creation of the five elements

In essence any approach to explain creation boils down to the One becoming many. Like many scriptures, also the Vishnu Purana a clear description of the process of creation is given:

At the beginning there was neither day nor night, nor darkness nor light, but only unmodified Vishnu (Divine energy).

Pradhana (matter) and Purusha (spirit) were combined by Kāla (time). At its source this creation has always been in full equilibrium.

The “chief principle”, also called Mahat, invests into the qualities of nature after which the so-called gunas came forth: sattva (goodness), tamas (inertia and darkness) and rajas (create power and foulness). This allows the (karmic) forces in the world to create its own (in)balances.

It all starts from our sense of being “I”

The first “step in becoming threefold in these gunas happened when the great principle (Mahat) gains the feeling of I am (ahamkara). Subsequently, it moves in the three previously mentioned modes under different names:

How sense experiences were created

As the feeling of “I am” becomes more active in ether, it produces sound and so the creation process continues. From the root sound Aum the creation continues. After sound and ether merge together, the possibilities of the sense of touch was born.

In Vedic Astrology we look into the planets and signs to see which elements and gunas might be disturbed. In our daily life, most of us are swinging from one of the above states of the gunas to another. The goal of life is often described as going beyond these three qualities, which happens most naturally from a Vaikarikā or Sattvic state.

Balancing the elements has been a spiritual practice in India for many centuries. The Vedas give large importance to this. But we also find this practice which is commonly called Bhuta Shuddhi in more recent scriptures like the Darśana Upaniṣad. This work is one of the main sources of the now in the West practiced Aṣṭāṅga yoga.

In the Darśana Upaniṣad the practice of Bhuta Shuddhi is mentioned as the sixth part of the eightfold path of yoga. This step is called dharana, meaning one-pointed concentration. This concentration is here a visualisation practice of the five elements combined with the chanting of the bīja mantras.

First one is to meditate on the elements: the ether or sky in the middle of the body, air has to be seen in ones breath, fire in one’s stomach, and water in the fluid aspect of the body.

Subsequently, the Bīja mantras connected to the elements should be chanted: Ham for ether, Yam for air, Ram for fire, Vam for water and Lam for earth.

Where we have visualised the earth element Brahmā has to be placed. We can place Vishnu in the water element, combine fire and Rudra, air with Iswara and Sadashiva with ether. In the Jeevatma (soul), lord Shiva is to be be placed.

Subsequently, the chanting of pranava mantra Om is advised. This combined with keeping in check the sensory organs of the mind enables these organs to merge them with the source.

However, great saints have also pointed us to the opportunity to move our attention straight into and beyond the feeling of I Am (ahamkara). Ramana Maharshi is one contemporary saint who explained this practice in most simple language. The oldest work emphasising these methods is the Yoga Vasistha where Shri Rama is receiving the divine instructions of his Guru Vasistha.

The three gunas and the planets

All planets are connected to one of the gunas and represent the basic qualities.

The five elements and the planets and signs

In any Vedic chart reading it is essential to check possible imbalances in as well the gunas as the five elements. This can aware us of tendencies in the mind and in the physical body that can lead to disease or discontent. The remedies that come forth from a Vedic chart reading are spiritual practices aimed at restoring the balance between the gunas and elements. This leads to a more balanced and happy life. Make sure to book a consultation to see what is best for your chart. 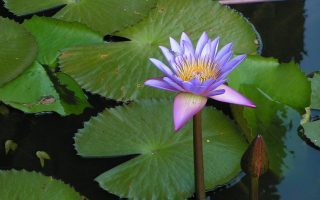 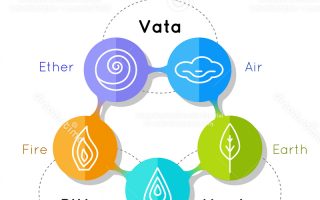 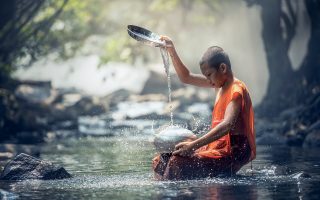